There is a change on the wind my friends. While I want to say it’s a big change, it’s actually more about “shrinkage” than anything else. It’s the photo gear pare down. I want you to think about the successful photograph for a moment. In its most perfect state, that photograph contains exactly the proper amount of inclusion and exclusion of subject matter. Like that successful photograph, I am going to pare down all of my equipment, to run a lean and mean photographic business model in the very near future.

The Start of the Photo Gear Pare Down

I have a first generation Apple MacBook Air. While it is a perfect travel computer due to its size and weight, it is struggling a bit these days. Some of the photo processing software that I have loaded on it has my now senior laptop struggling to bear the weight. While I can go and buy one of Apple’s new MacBook Pros to replace it and call it done, I am choosing not to. Why?

Well, I never really use my laptop to process my photos. I don’t think the monitor calibration is that accurate when the laptop is in a different environment from which you calibrated it originally. So this MacBook Air has literally been used as a photo mule (think drug mule) for most of its life. Photos merely stop by on this laptop, on their way to an external hard drive. One brief look and then the computer is shut down. Memory card reinstalled into the camera and promptly erased.

Don’t worry my MacBook Air is still going to be used. Probably more now than ever because my 12-year-old daughter is going to get it for school.

Remember those external hard drives mentioned above? Yep, nuked. Done. Gone. See ya. Wait, what? Why?

Somewhere along the line photographers have come to the conclusion that we need all this crap. Now, I believe this has come about because the supporting gear for digital photography has evolved a bit slower than the actual photo gear. Remember the first Canon and Nikon digital cameras that were released in 2000? They were producing photos that were about 3 Megapixels each. Flash cards were measured in megabytes not gigabytes. Photographers needed somewhere to store those photos.

Usually it was done on their laptops or this card reader/viewer thing that Epson made. There wasn’t an iPhone or even an iPad at the time. A 256 megabyte hard drive in a laptop could handle it all. Thank you Steve Jobs for changing the planet.

Many of you never got to experience the film days. Ah, that romantic period of photography. Yeah right. It was the spray and pray period of photography. Shoot-the-shit-out-of-everything days in every exposure possible and pray that you would have something for you editor. Carrying 500 rolls of film to some distant location. Never having to put it through an X-ray. Airport security people that weren’t power hungry dicks. No pat-downs. If you were carrying that many rolls of film you were a respected professional. “Sir, can I hand inspect that film for you? Yes, of course.” Wait, it was kind of romantic.

Now professional photographers get jerked around. Laptops seized by customs agents. Cameras messed with. Harassed in every way possible.

Let’s not make this a rant…

Photo Gear Pare Down Up Stage

How many 24 megapixel photos will fit on a 128GB flash card? Let me tell you that you can fit 1777.78 RAW files onto a 128GB flash card. Yes, that is the equivalent of 50 rolls of 36 exposure film. So if you needed 500 rolls of film like those golden years of photography, you can now cover it with 10 128GB flash cards. Are you following me? Now if you want back-ups to those cards, because most pro cameras will simultaneously write to 2 cards. You will need 20 128GB flash cards, which happen to be the same type of memory found in laptops, iPhones, and iPads these days.

For the price of an upper-tier MacBook Pro I can get all of the flash storage I need for the longest of trips. Here is the kicker…all those cards fit in my pocket. Go get your search warrant sonny if you want to know what is in my wallet.

Laptop = gone, hard drives = gone, memory cards = upgraded. What’s next? Let’s start with Canon. When they announced the 1DX Mark II, I wanted to go on a postal rampage in New York. With all the technology now available they release a camera that is not only bigger than my 1DX, but substantially heavier too. Hey, Canon did you not get the memo? Sony is now number 2 above Nikon. Yes, I can bench press 6 sets with 225 pounds, but why should I use all of that strength and backpack space to carry your gear? The answer is that I shouldn’t. 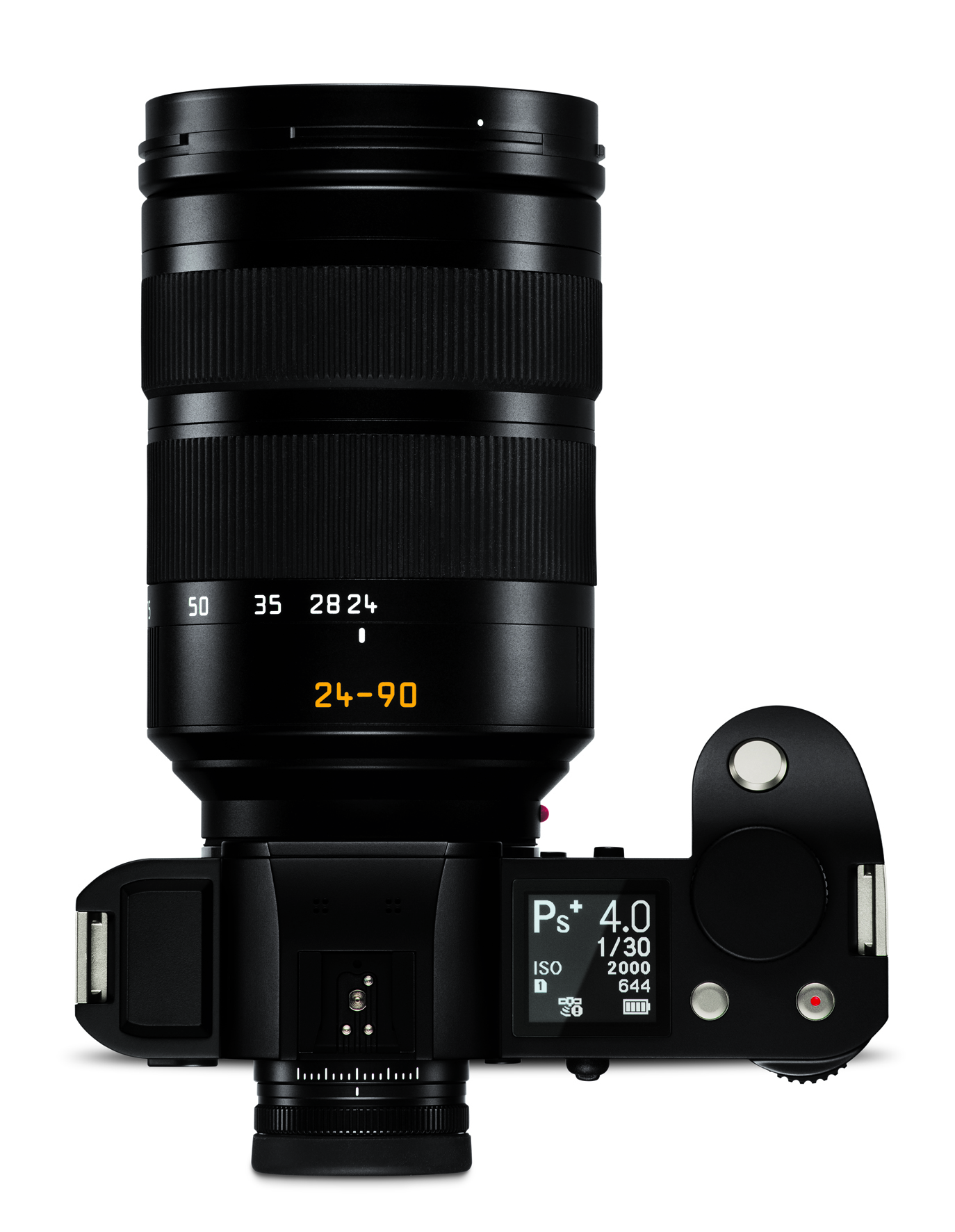 Let me just tell you that the photo gear pare down stage III is probably going to freak many of you out. I have been testing the Leica SL. Soon I am going to test the Sony a9. Then I am going to make a decision.

Many say Leica cameras are over-priced. Based on their product quality standards, I feel you are getting a deal. Leica’s lenses are tight. Nothing is loose. The focus and zoom rings are super fluid. The SL body is compact and bomb-proof. Leica machines this body out of a solid block of billet aluminum. The SL’s compact size leaves tons of room in my pack. The photos are stunningly crisp right out of the camera. Almost incomparable to my Canon RAWs.

I will know more about the Sony soon. I am really optimistic about the a9 too because I have actually used the a7 models before. Sony has stated that they have fixed the issues that I originally had with the a7 models. Time will tell.

My goal is to not only shrink the size of the camera I use though. I am going to pare down the lenses as well. In the future I am only using f/4 aperture glass, which will save weight and again size. The next step is to go with a 100-400 range zoom to alleviate the need of carrying teleconverters. And by going with a compact camera body, I am not going to need Compact Flash media any more, but SD media. I may actually check-in for my next flight carrying only a small backpack.

Ok mister, we know you travel a lot. How are you going to get by ignoring your office duties or giving a keynote talk? Ah, ye of little faith. Most of these changes began in the fall of 2016. That is when I took delivery of my iPhone 7 Plus. Many taught the device too big to use as a phone, but as a photographer, I wanted that double camera. So I gave it a try.

I will say that I have to remove my iPhone 7 Plus from my pocket when sitting or driving, but I love the larger screen. In fact, I am never going back. When I got this device I also chose to be a part of Apple’s iPhone Upgrade Program. This means that every year when they release a new phone, I send my current one back and get a brand new one.

I can answer emails, post to Instagram, and even browse the web on a visually stunning computer that fits in my pocket – most of the time. Oh and don’t forget I can even run a Keynote presentation off my iPhone 7 Plus with the Lightning to HDMI adapter. Which fits in my other pocket. Next to a dozen SD memory cards. 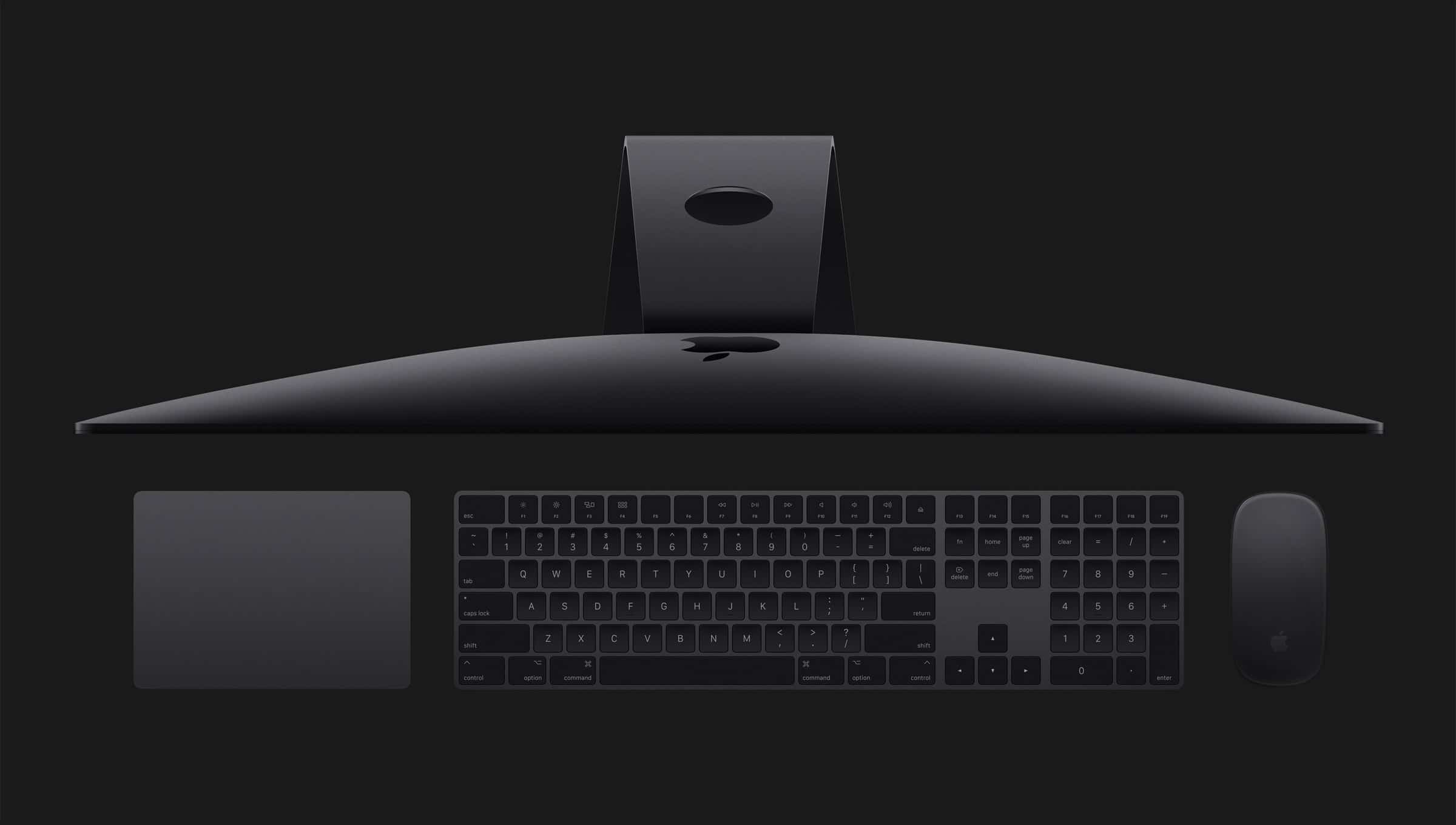 A couple of weeks ago Apple announced their replacement for the Mac Pro. A 5K Retina display iMac on steroids named the iMac Pro. While the marketing for this computer is set to the “dark side”, the computer appears to be the beast I have dreamt about for some time. The entry level model begins where the current Mac Pro maxes out. Since I don’t need a laptop anymore, that savings is going into my office computer.

I am going to pair this computer with a Lacie 24Tb 6Big Thunderbolt 3 enterprise-class desktop storage drive. That will give me a total of 2 wires to deal with on my desk – the power to the computer and the thunderbolt cable to the drive. The iMac Pro also has a built-in SD card slot, do I don’t need one of those reader ma-jigs anymore either.

At this point in my career every thing that I create is simplicity driven. My photographs are all about removing unnecessary items within my composition. My graphic designs and websites are about focusing the reader on the importance of only the message. So why shouldn’t I participate in a photo gear pare down at this point too. I am going to lighten my burden and free my mind to tell more creative focused visual stories. Care to join me? The water is a perfect 80 degrees. I promise.

And we are taking donations. Seriously. I will gladly pay you Tuesday for an iMac Pro today.