Fear is a topic rarely discussed within the boundaries of photography. Everyone has a fear of something. For many of us, regardless of what we choose to do in life, fear of death tends to be looming over most people at some point. While many feel that fear is a bad thing, I believe it to be a good thing. Fear keeps us in check with ourselves. At times, fear can become an overwhelming factor to our lives though. This is when fear needs to be dealt with.

Many Sides to Fear & Photography

As photographers we face two types of fear. If you are photographing anywhere outside of a studio, there are times when the fear of environment makes a play. Weather can change. Locations can be dangerous. Animals can become unpredictable. While many think experience conquers fear, I believe that it actually increases fear at times. The more you experience, the more you realize how screwed you can become in any real-world environmental situation.

Our experiences lead us directly to what triggers manufactured fear. Our minds begin to wander and can create almost unrealistic fears. Why are you afraid of spiders? (Don’t worry I am too!) Or afraid of snakes, or bears, or lightning, or avalanches or getting hit by a car or mugged or just about any bad thing that can happen to us? Do we fear the potential pain inflicted by these elements? Or is it that little voice in the back of our heads, quietly whispering, you will die here?

In addition to all this, photographers also struggle with the fear of failure. Failing to produce a quality photograph. And if you are like me, fear of failing as a business.

I have actually been struggling with fear for the last 5 years. The type of fear that paralyzes a person. This is not good fear.

Five years ago I was caught in an avalanche while out photographing skiing. A communication error between me and the people I was photographing propagated an avalanche release down on top of me. There were many factors in play that went wrong to cause this event. I won’t bore you with the details of what became a huge learning experience for me.

Basically, the avalanche took me over a 35 foot cliff, then a 15 foot cliff, then pinned me neck deep up against a tree. I lost my favorite goggles, hat, and skis. I threw-up a column of frozen, ingested and inhaled snow. Once I caught my breath, I figured out my injuries. Think of an avalanche as the out-of-water equivalent of an ocean wave. No matter what anyone says, you have absolutely no control.

My only visible injury was a dislocated shoulder. I decided that time was a massive detail here. without skis I decided my quickest route to safety was to walk. This wasn’t an easy walk, it was actually 4 miles before I could get back within ski area boundaries. Luckily, a ski patroller passed me during my descent. He wanted to bring in a sled to carry me down, but after discussing it with him, we decided that I could probably make it to the ski area boundary faster than the sled would arrive. Instead, he made sure a snowmobile was waiting for me and it was.

We discovered that the dislocated shoulder wasn’t my only injury. At times when you dislocate a shoulder, the force will fracture your arm as well. This force can also tear things and consequently did that to me as well. Final diagnosis – dislocated shoulder, torn labrum, and fractured humoral head (in six places). I got really lucky when the doctors reduced my shoulder though. All of the bits and pieces went back together like a jigsaw puzzle.

The Not So Recovery

My recovery took a year. About a week after my orthopedist cleared me, I broke my arm! The same arm in fact. This time I fractured the head off of my elbow. I clipped a pedal while on my first run down Teton Pass on my downhill mountain bike. This injury occurred from another dumb-shit move. I put my elbow pads on the opposing arms. This left padding out where it needed to be. Tack on 3 months of new recovery.

These two injuries have added a fear component to my life that is almost uncontrollable at times.

Fear became overwhelming whenever in a low-risk situations. It had me questioning not only my surrounding environments, but was also becoming an evil monster in my head. I was worried about dying every time that I skied. Even more disastrous, I was worried about failing as a photographer. Fear was even stifling my creativity. I was living my life on the edge of disaster, even though knowledge and experience would dictate otherwise.

The locations and environments that traveled to for solace, were in fact generating huge anxieties for me. I began to question my place within this world and my chosen profession, daily.

Many people suggested that I go “see” someone. Yeah that may work for many, but it has never work for me. The way that I began to fix my fears was systematical. I truly don’t feel that I have cured myself at this point, but I do actually feel that I have control once again. Even if it is an elusion. Insert smiley blinky emoticon here!

I began by taking myself back to the beginning stages of skiing and mountain biking. I skied lines in the backcountry that I was completely confident in my ability to manage. This included skiing only with the people I knew and trusted. For mountain biking I actually took a downhill certification class. Over the course of 3 years, I worked back up to skiing and photographing in more difficult terrain. Safety became my primary concern. The people I chose to photograph also became part of the equation. Now, I only photograph people who I know with complete confidence will save me if something goes completely wrong.

I also took baby steps on my bike. The downhill certification I received, had me teaching others to ride. This taught me to help others deal with their fears of getting hurt and excelling past their comfort zone. This, in turn, brought confidence back to my riding. My 8-year-old son also helped. He loves getting air on his mountain bike. To prove himself to his dad he made me follow him. Motion is contagious and people are infectious.

My largest breakthrough came last season when a friend pushed me to ski a steep line. He never gave me an option of backing out because he was 100% confident in my ability. I felt like I was dropping into the “K-12” from the John Cusack movie Better of Dead. The third time I skied that run last season my “mojo” was back.

Fear became almost paralyzing for outdoor activities, but it also began to work against me photographically. I struggled with ideas and confidence within my business. Every day the phone didn’t ring became another added degree towards the fear of failure.

My solution was simple. Honesty. I began talking about every low income month with my wife. Even though that began to stress her out more, it kept me watching the bottom line. I often told her about what I saw on the horizon. Where I was going and why. Though it has definitely been a rocky road doing this, I have been learning how to discuss more and more things with her.

My hustle then increased more an more. My fear decreased more and more. As fear declines, creativity takes over. What am I doing next? Where will the next dollar come from? No lead is left to sit. When someone emails they immediately get a call back. I continually brainstorm new ideas and I write them all down!

How do you remove the fear of photo failure though? Bottom line, shoot more. Leave no stone unturned and shoot as many varying compositions as your little mind can dream up. If you are afraid a specific animal, first learn about that animal, and then go photograph it. Yes, spiders bite, snakes chase, and bears attack humans. Not as often as you think though. The human race is responsible for way more animal deaths than animals are for human deaths. Most of the time the outdoors wants nothing to do with you the human.

If an animal gives you the gift of a brief encounter, breathe and press the shutter. If you are on a scary ridge or peak or wild situation, breathe. Analyze your options, your routes, and your escapes. Talk to the people you are with. Tell them how you feel. Any person worth traveling with will make you feel safe if you indeed are. If they are afraid too, the will also tell you. Then you bond. At some point you will do the same for someone else.

Moving past my fear of failing photographs was simple. I read books on photography and design. This reinforced what I already learned in architecture school and from mentors like Art Wolfe. Plus, creating cool shit with a strong concept allows you to justify anything. Form follows function. At times you will need to make judgement calls and re-adjust your process. This is actually called design development. Just remember confidence is not egotistical. You should still remain humble in the defense of your photographic work.

What I have learned from dealing with paralyzing fear is that fear doesn’t end. Knowledge IS power. The more you know and analyze any situation the less fear you have and the safer you are. Like I said earlier, experience can be detrimental, but knowledge coupled with experience can help you grow exponentially. I am not an expert, but my confidence level grows because I try to learn something about my environment every day. I also take incremental steps towards moving forward and up. The past cannot be reversed, only learned from.

Fear will always be present, but as you know more and experience more fear will become more relatable. It will become intuition and hopefully you will turn back when you feel things are just not right that next time. Fear may not every go away but you can make it smaller! 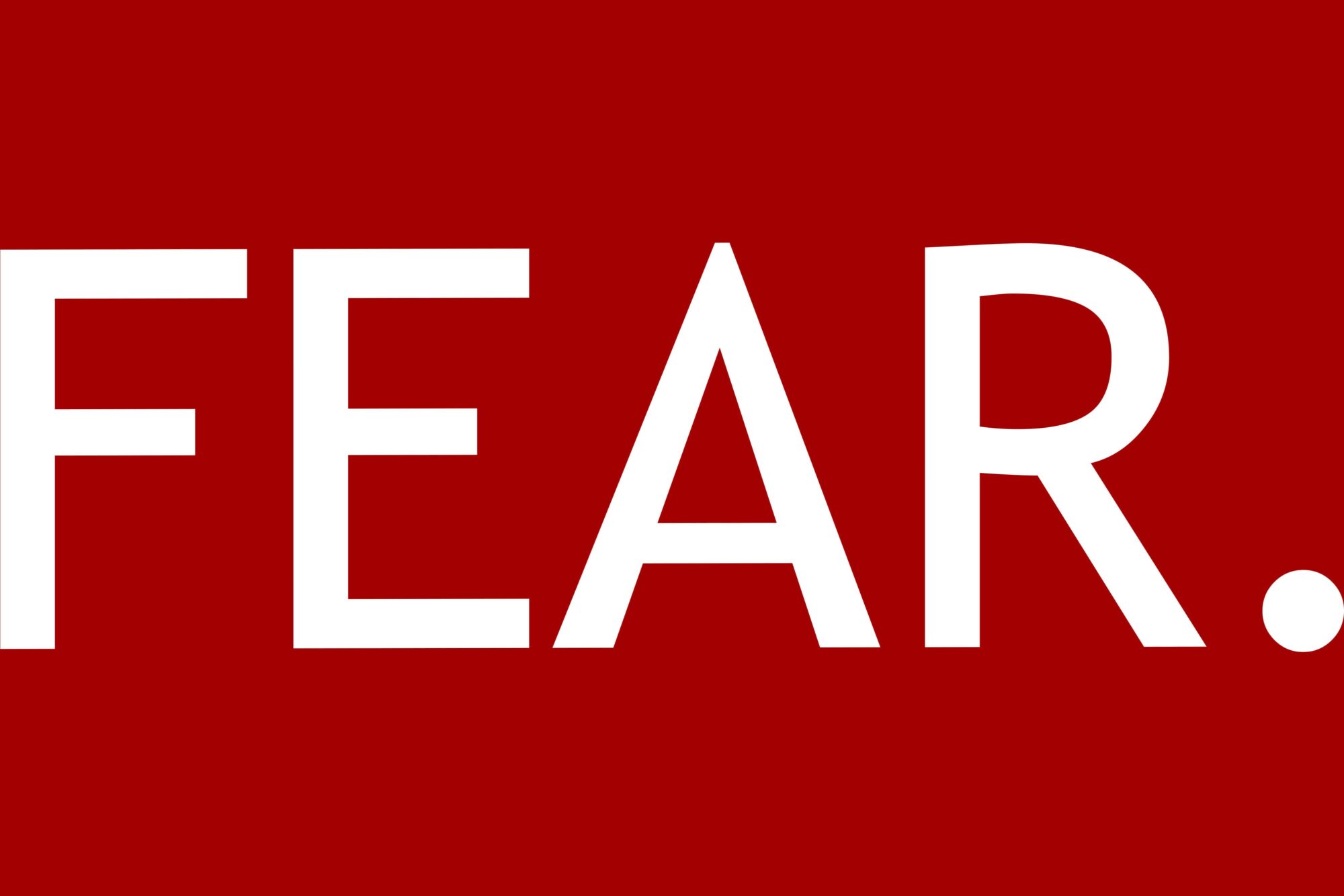 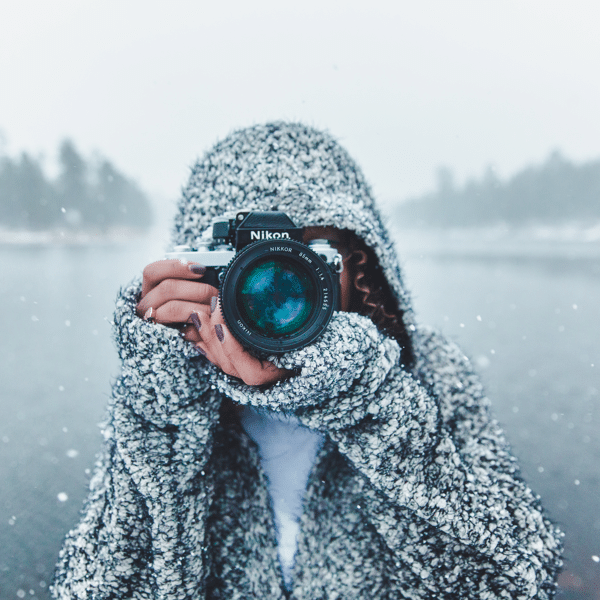 Buy it From B&H

We get a commission and you pay the listed price. This in turn helps fund articles about…more gear. Just press the little red button below.

PrevPreviousSony a9 v. Canon 1DX Mark II
NextAssess the Risk of Photographing in the WildNext