A large part of my job is editing the thousands of photos that are attached to any one project. Choosing the right photograph from a scene or a series of scenes that are all related can be the make or break to getting a photograph published or more importantly a happy client. Typical day shoots for me will produce anywhere from 1000 to 3000 photos. Some of these could be a series of photos created from a motor drive sequence. While other photos could be entirely different compositions with entirely different stories attached. So how do you go about choosing the right photograph? And how do you complete this crazy editing task efficiently enough to feel like the editing process isn’t a complete and total burden?

If you are a subscriber to my newsletter you already know that I have switched to Capture One Pro to edit and process my photographs. And you already know why I believe this software to be the absolute best for what I am photographing today. Prior to writing this post, I edited, processed, and finalized all the metadata for a 13,000 photo edit on mountain biking in the Tetons. It took me 8 hours to complete this entire process. I am now moving on to the next project – 4000 images for the State of Wyoming.

Capture One Pro gives me the necessary tools to work extremely fast, but the hardest part for me, is making the decision on choosing the right photograph. This is something that has come with practice, but it also has come via research. I know what types of photos are out there. I know who my competition is and how they are photographing and composing their subject matter. This gives me the opportunity to continually look for something different.

The Setup to Choosing the Right Photograph

A few weeks back I photographed a project for a local non-profit. Their assignment was to travel on one of their snow coach tours to Yellowstone National Park and produce a series of photographs documenting the day. They wanted everything from participants interacting with the guide to the scenery that I witnessed. All these photos needed to be taken from a creative perspective. All the photography was going to be used to further promote their snow coach tours in the future. I am going to look at a series of photos for a hunting red fox that we came across on our journey home and discuss why I chose the final photographs that I submitted to the client.

Choosing the Right Photograph One & Two

We pulled up to the red fox listening to what is going on under the snow (#one). He was looking for dinner. I took a photograph immediately to begin documenting what was going on. I paid attention to the fox’s body language and took another photograph (#two). Now we already know what is going to happen next. Right? 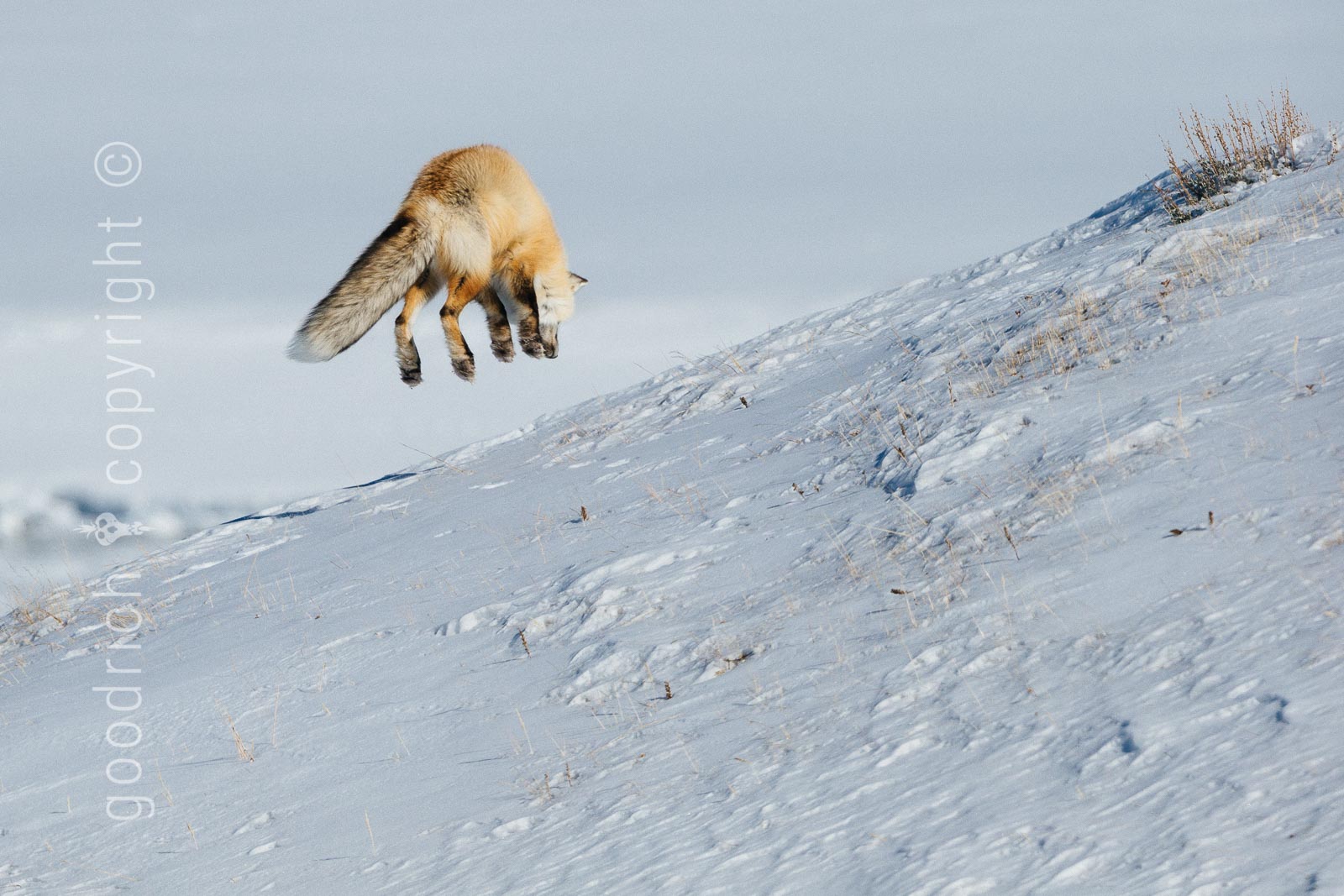 The fox pounced on his dinner. In my opinion there is nothing wrong with any of the first three images. How many times have you seen this type of photo? I have seen it often. This produces nothing super spectacular, but I have at least created photographs for my client documenting what we have seen. Ok great let’s see what happens next… 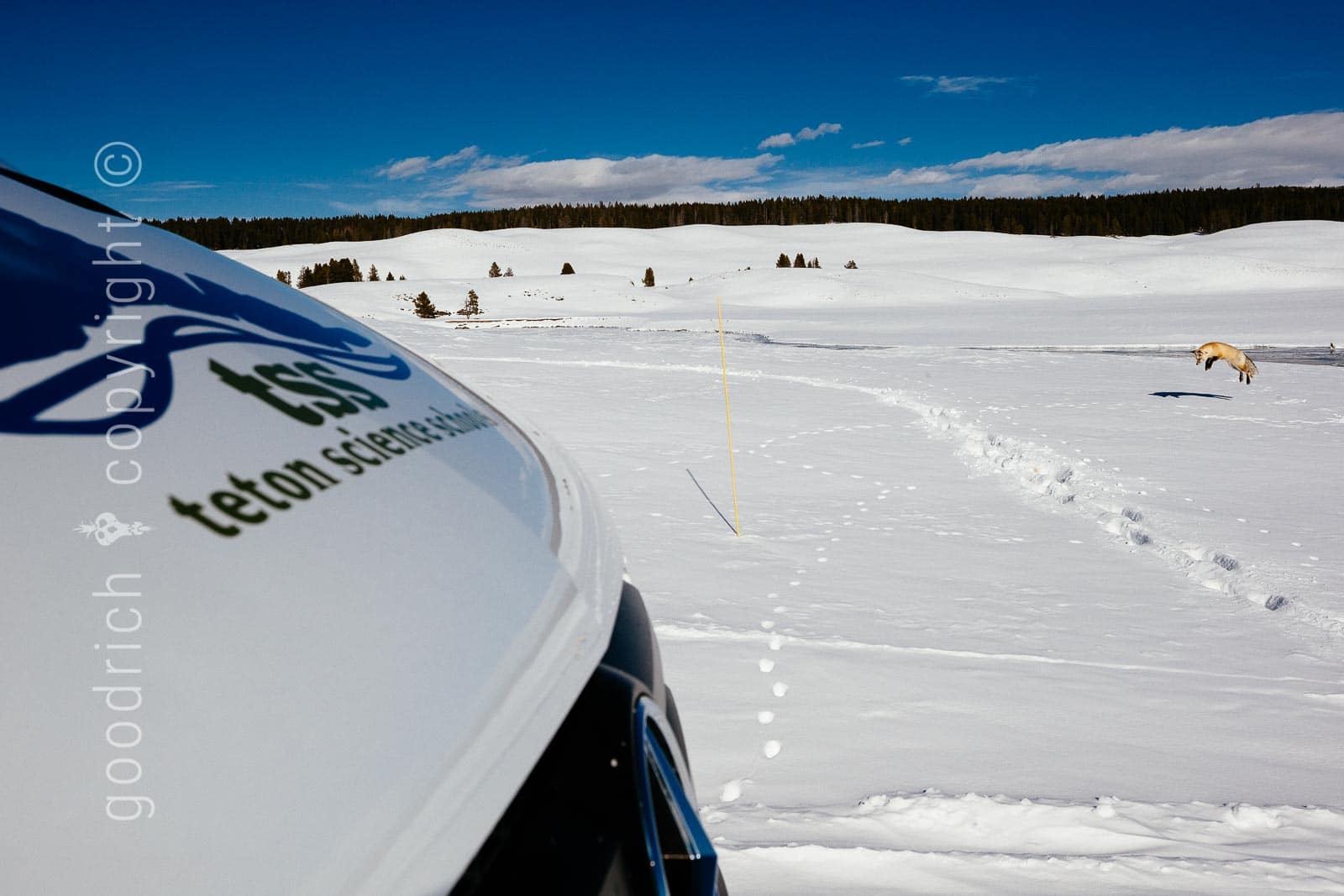 The fox continued his hunt. Now he came to the front of the snow coach. I quickly switched lenses figuring if he is going to jump again, I am going to try and get him with the logo of the company on the hood of the snow coach. The caught and ate vole number two. He then crossed the road in front of me. 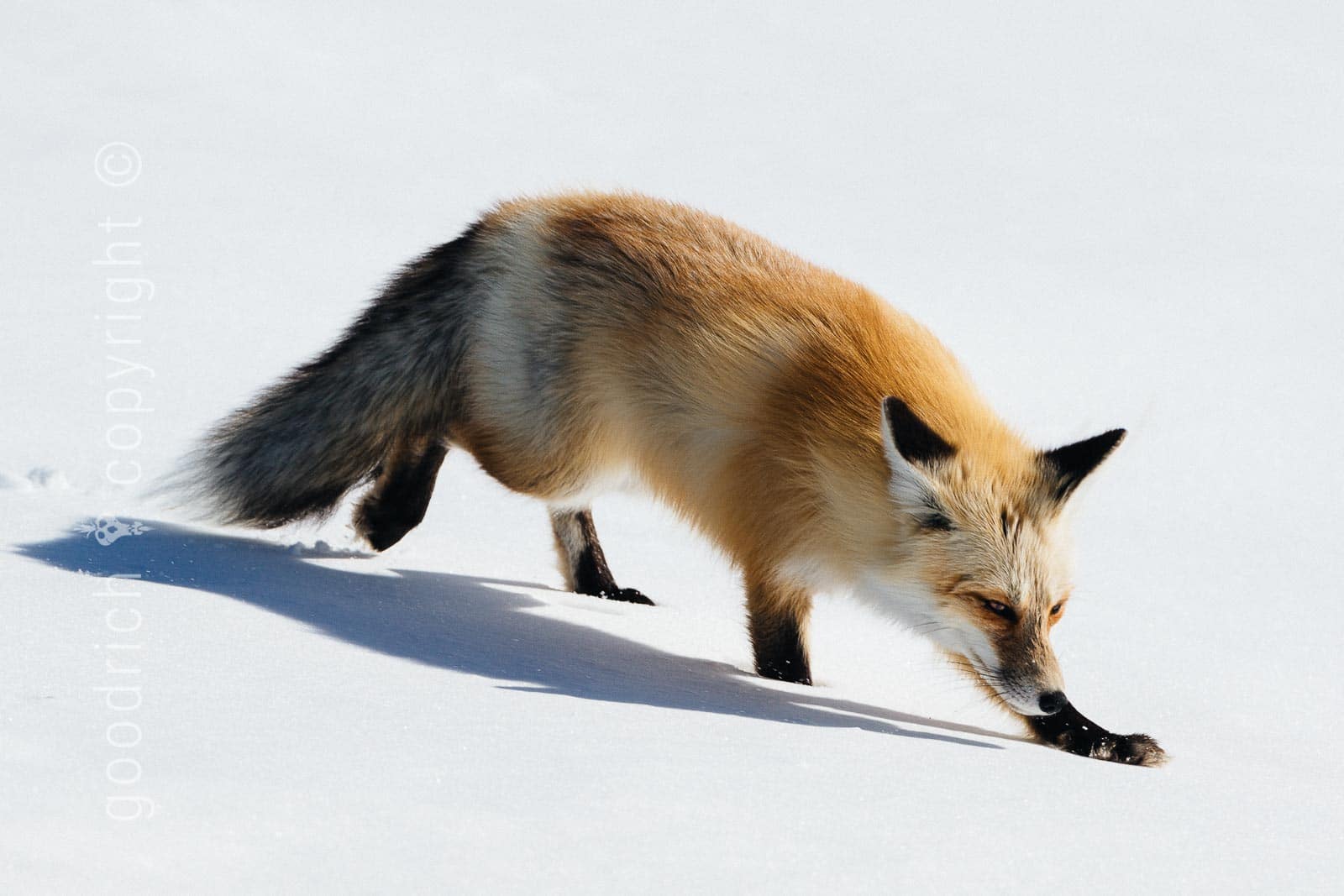 He continued stalking prey. And I shot a different pose that I haven’t seen of a red fox. Plus he is so close, that my viewer can see the detail and how beautiful this animal truly is. That is definitely a keeper. But this guy wasn’t done yet. He finally crossed back over the road to where this all began and the shot that ties everything together is about to happen… 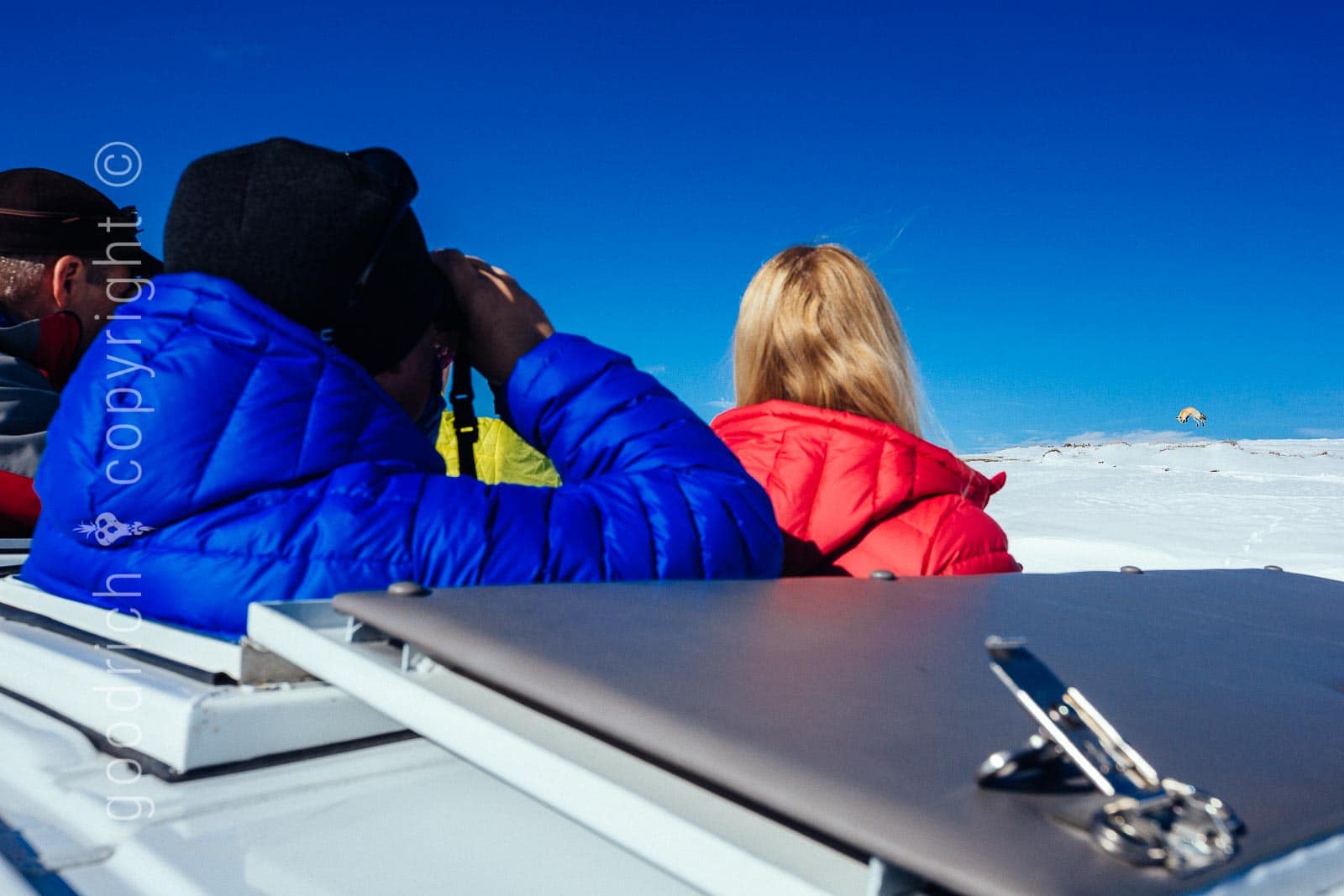 The fox circled back around and headed back up on the hill where we initially spotted him. I switched lenses again . This time I have the making of a story. The fox went into his jumping stance as the participants in the snow coach looked on and sure enough pounce number four. This time I chose to make the connection between the viewer and the viewed. This photo tells the story of why anyone would choose to pay for a day trip into Yellowstone National Park, in a snow coach, in winter. The client then received all six photos. Which one do you think they chose? They decided to use five and six for their marketing efforts.

It doesn’t happen like this everyday. It was an amazing incident to run into that fox – four attempts and four dinner kills. I can tell you that if I chose to photograph the entire scenario with just my 200-400 telephoto, I would have missed out on opportunity. You need to stay with your subject until that subject leaves and you also need to vary your photos of that subject using all the tools available to you. Then you walk away with something different.

Frolic on the Beach